T. Anton Investment House recently celebrated our 1st year anniversary. The “House” was filled with our amazing clients, loved ones and friends from the Middleton Chamber! We are grateful to everyone who came out to celebrate this milestone with us and for those who desired to be here, but couldn’t. Thank you for making our “House” your home! Your multitude of kinds words and expressions of appreciation mean so much to us. We hope you enjoy this short video capturing the moment.

Here are exerts from the of the article featuring Tracey. You can find the entire article at Brava Online.

What does your retirement look like? Have you thought about it lately? Will you be living in the home? Or even the same state? Do you see yourself caring for grandchildren? Working part time? Volunteering or traveling the world?

The answers, retirement planning experts say, are different for every woman.

Tracey Anton, president of T. Anton Investment House, Inc., says that a woman’s vision of her retirement is as the “captain of the ship.” “It can be whatever you want it to be, but you have to identify those factors early on because we all make choices along the way,” Anton explains. “Sometimes we don’t even realize we’re making certain choices and sacrificing other things.”

This is the crucial decade, but Tracey Anton, of T. Anton Investment House, Inc., says that no matter where you are with retirement planning in your 50s, “Don’t give up. Don’t have ‘the glass is half-empty’ syndrome.” She also advises against being conservative at this age, and explains that she’s seen women who started saving late and wanted to be careful with every dollar. Anton says the opposite is true: It’s important to be more aggressive, investing in growth stocks, value stocks and international stocks. “And when the market is volatile, you keep on buying,” she adds.


Tracey was the featured interview in the City of Middleton's, June 2015, edition of The Business Connection.

In March of 2012 Tracey was honored to be the Keynote Speaker the Women's Conference about Financial Literacy.

Here exerts from the article featuring Tracey. You can find the entire article on the Madison.com website. 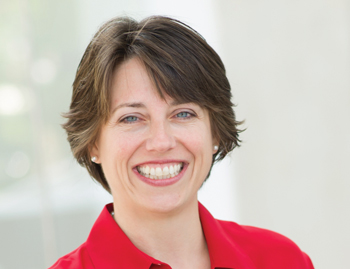 Good times on Wall Street could keep rolling in 2015

The U.S. stock markets have been on a winning roll for nearly six years and local investment professionals and educators don’t see the good times coming to an end any time soon.

Those trends are expected to continue, at least into the first few months of 2015, leading to optimism that the markets will continue to thrive.

And despite the rise in the last few years, stock prices still are not out of line in relation to earnings, which also have been rising.

Tracey Anton, vice president of Googins & Anton Investment Advisors in Middleton, has a similar take on things and notes that since 2000 the average rate of return is a modest 5 percent.

“The market really isn’t overpriced over the long run,” Anton said. “It’s not cheap like it was in 2013, but it’s not overpriced. We’re basing that on earnings, and earnings are coming in really strong for companies.”

Anton also likes health care and technology stocks, along with European stocks and those of emerging markets like Brazil, Russia and India.

At the same time, she cautions her clients to expect some volatility along the way.

“Stocks should not go up continuously,” Anton said. “Every year you should expect about a 10 percent correction at some point. We’ve had a few almost-corrections, but we think any will be short term. Anything can make the market nervous and go down, but I still believe stocks are a better value than bonds right now.”

Owner Tracey Anton was interviewed by In-Business as one of the top young talents of 2009. You can find the entire article on the IBmadison.com website. 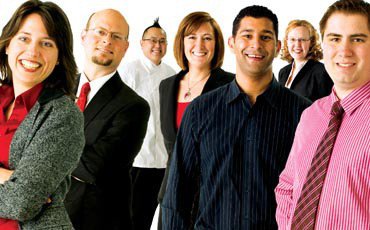 Three things are apparent when reviewing the area's top [young] talent: This selection is more "business" focused than previous classes, many are Wisconsin natives (are we doing a better job of retaining area talent?) and the construction trades are well represented because they had so many nominations this year. While we gave a nod to non-profit representation as well, IB's selection committee was primarily focused on entrepreneurial or business leadership skills — whether serving the arts, sciences, retail, or business-to-business markets. Also, you'll note that our cover folks represent second-generation leadership in family businesses — another deliberate spotlight. Certainly the 2009 class is a shining example of why Madison is such a great place to live and do business.


Anton is a "big sister" to 10-year-old Sammy through the Big Brothers, Big Sisters program. She also speaks at various educational outreach programs, such as MATC, hoping "my work experiences are making a difference in the community."

Who in the Greater Madison business community do you admire?

Darrell Bazell is a leader I would like to emulate. He's an authentic person and an inspirational leader. He spoke to us at a Rosenberry event and I was quite taken with his genuine nature and humble attitude. He talked about growing up poor and his struggles to earn a degree at UW-Madison. He also mentioned he's a Big Brother for two boys and he takes them to all kinds of events, even meetings! He's very inspirational because it's apparent that his mission is to help others and he doesn't limit that to just his 9-to-5 job. 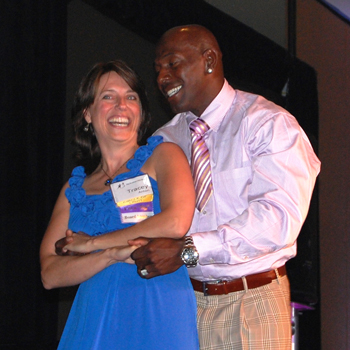 Read more about Tracey's association with the BBBS organization. She has been a board member and recently celebrated her 10 year anniversary as a Big sister. In June, Sammy, her little sister graduated from high school. Congratulations Sammy!